Read this in 4 minutes

Domain: A set of inputs for a function.

Co-domain: A set of outputs for a function.

\(\Bbb{N}\) (natural numbers): a set of positive whole numbers, including 0

\(\Bbb{Z}\) (integers): a set of positive and negative whole numbers, including 0.

According to Wikipedia, a function is “a binary relation over two sets that associates to every element of the first set exactly one element of the second set”. When we speak about functions, we’re talking about how we map a domain to a co-domain, what instructions do we need to give to a domain to ensure that it’s mapped to the correct item in the co-domain. If we had a domain of { 1, 2, 3, 4} and a co-domain of {2, 4, 6, 8}, we can figure out that the instruction we’d need to give the domain is multiply each thing by 2. So the function would look like \(f(x) = x * 2\). Not every given instruction is a function though, what makes a function a function is that every input must produce exactly one output. So the function \(f(x) = \pm\sqrt x\) is not a function because \(f(9)\) can equal both 3 and -3. 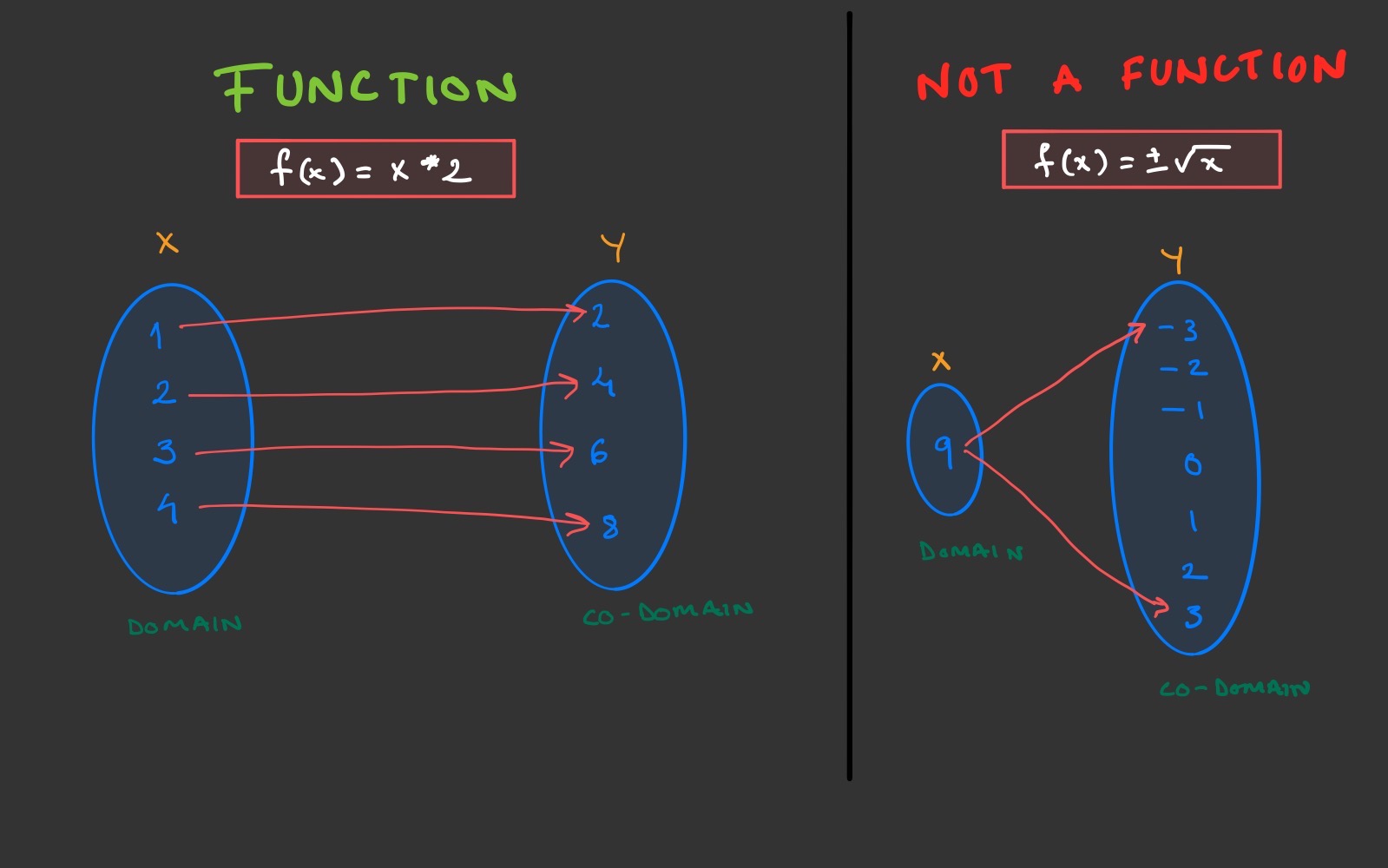 If we have a set of natural numbers \(\Bbb{N}\) (the domain) that maps onto another set of \(\Bbb{N}\) (the co-domain), the function \(f(x) = x^2\) is injective because for every inputted natural number, there is an outputted natural number. However, if we change those sets to include negative numbers so instead map integers to integers, \(\Bbb{Z} → \Bbb{Z}\), then the same function is not injective because \($f(1) = 1\) and \(f(-1) = 1\). When we use integers, we have two items in the domain that map to an item in the codomain. 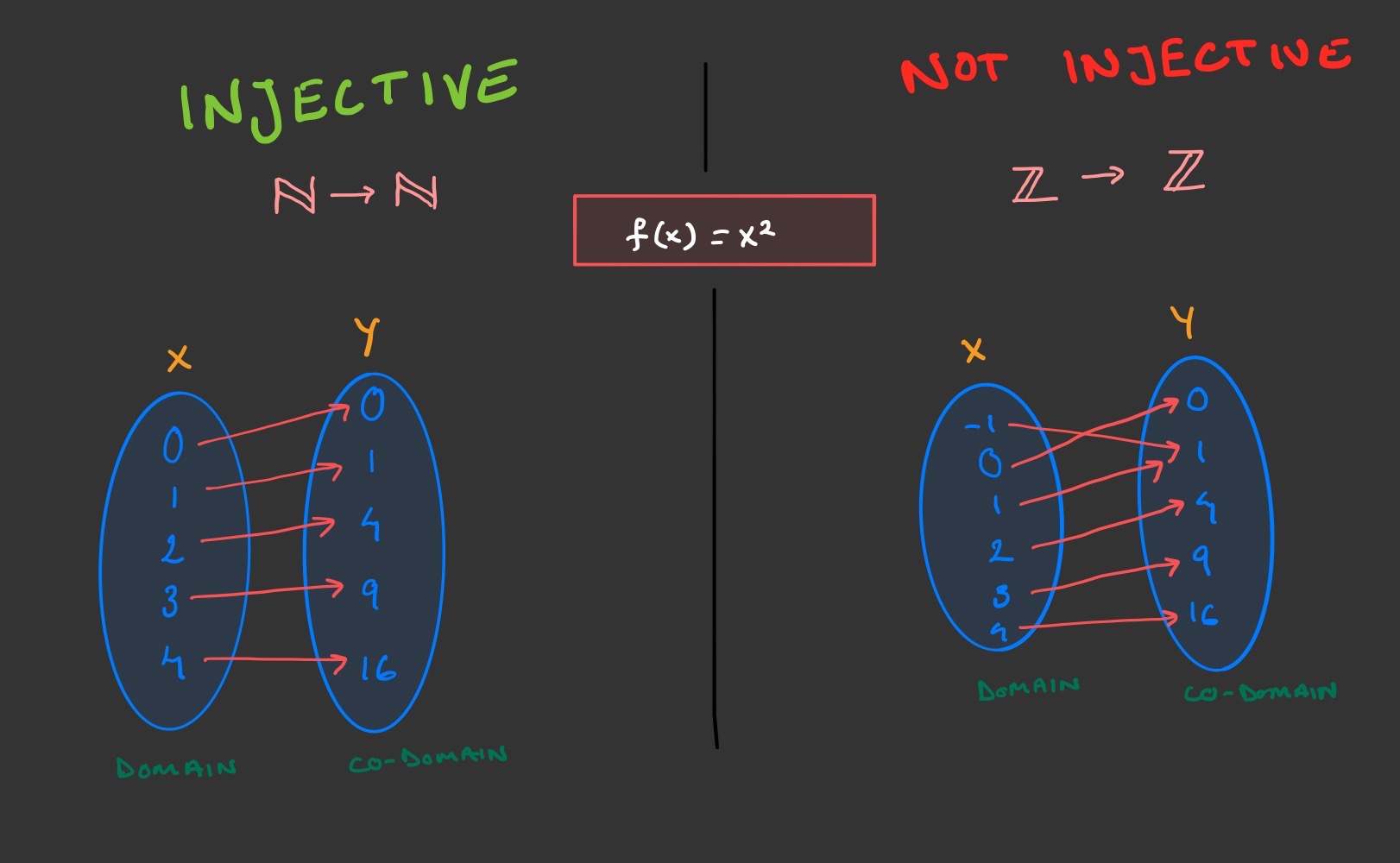 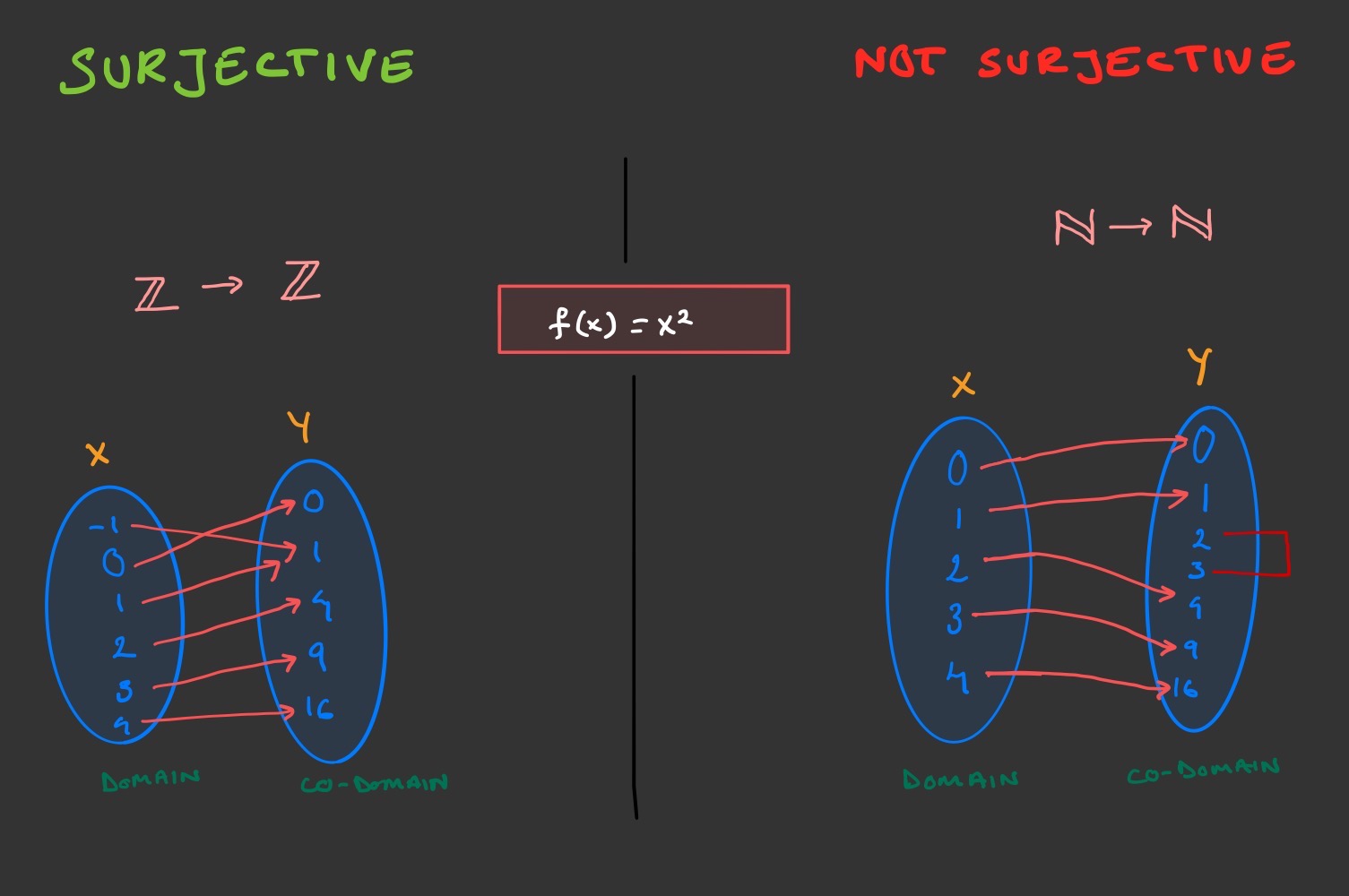 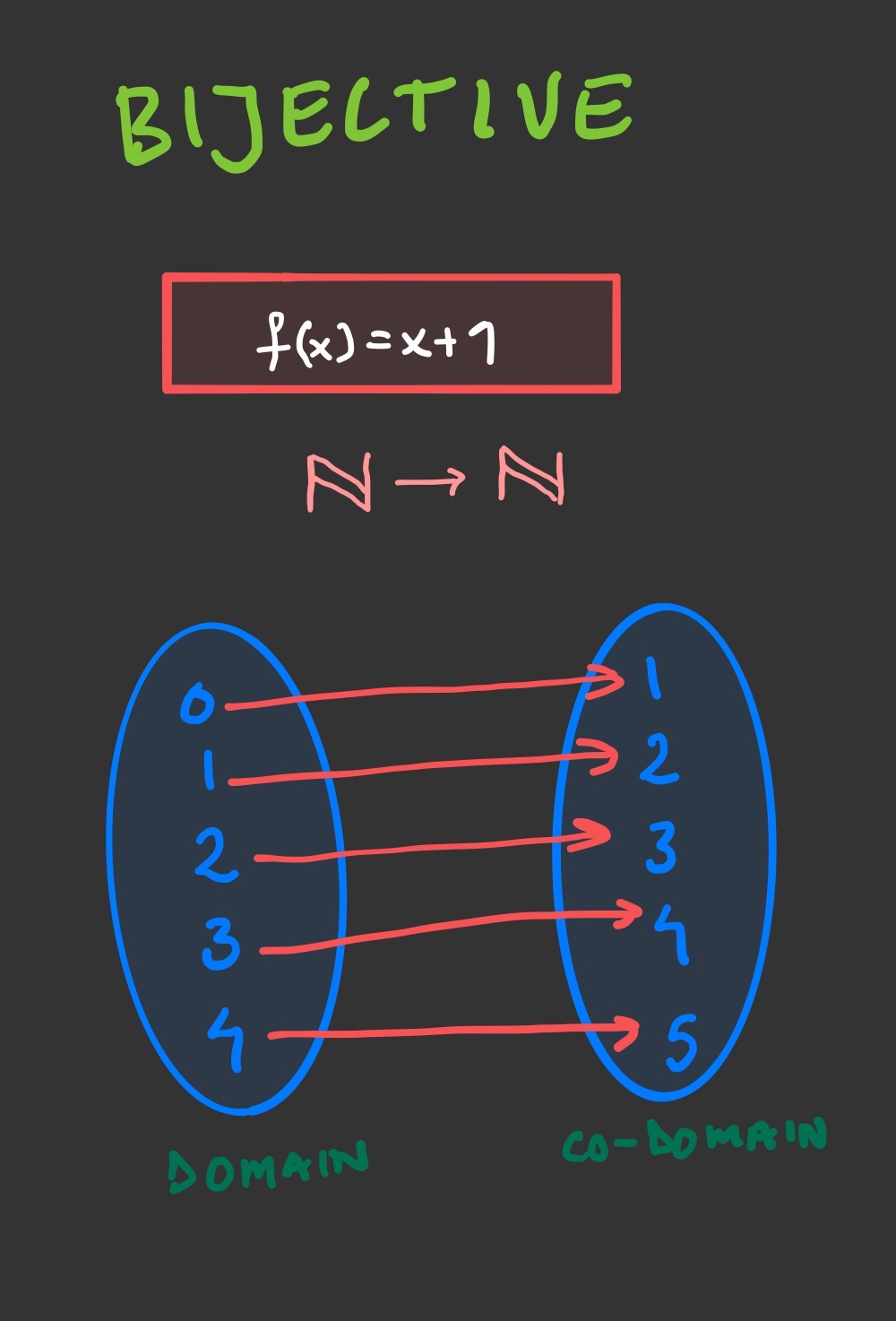 Why does this matter?

The concept of a function exists in programming and is a programming style, Functional Programming. Stanford’s CS103 course has a slide deck which goes into a lot of detail about the similarities but essentially, you can think of programming functions in a similar way as math functions. They take an input from a domain, apply an instruction and return an exactly one output within a co-domain, and an input should always return the same output.